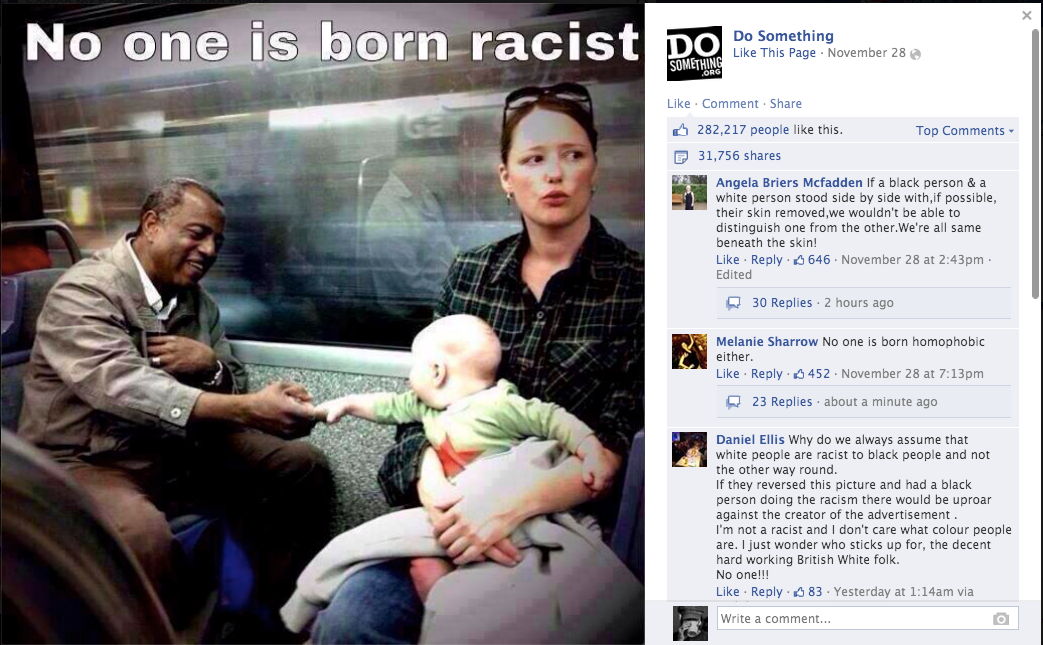 That Time I Was A Meme

Over the past week I’ve received dozens of pings from friends sending me links to a photo with the tagline “No one is born racist” and asking if it’s me. It is, and I have to say that in all the things I ever wished for in life, becoming a meme seen by more than a million people was not one of them. That being said, if it helps to spread a positive message then I’m all for it. Except of course when someone said I have a duck-face (thanks to the person who defended me and said I was probably in mid-sentence).

Admittedly I was shocked when a few commenters have suggested that I am racist because in the photo I am looking away. I am not going to spend an ounce of effort addressing that incorrect assumption, but I will say that I think what’s special about this photo is that the moment captured is between my son and our fellow passenger on the Paris Metro, and I’m just in the background.

I am not sure who posted the photo with the tagline, but for the curious, here is the metadata and narrative of the original work:

The photo was taken by my husband, Sean Bonner with an iPhone. It’s August of 2010, we are on Paris Metro but I don’t recall where we are going. Our son, Rips, who was around 5 months at the time, is sitting on my lap. The stranger’s finger he is holding onto is Parisian, a grand-père with 2 or 3 grandchildren, if I recall correctly. The two of us chatted a bit, he then held out his finger to Rips who clamped on and wouldn’t let go. The man had a great smile that Rips delighted in and he didn’t seem to mind entertaining my baby so I went back to figuring out when we had to depart the train. I think I’m in mid duck-face because our stop was coming up and I was telling Sean that we had to gather all of our things and convince Rips to let go of his new friend’s finger.