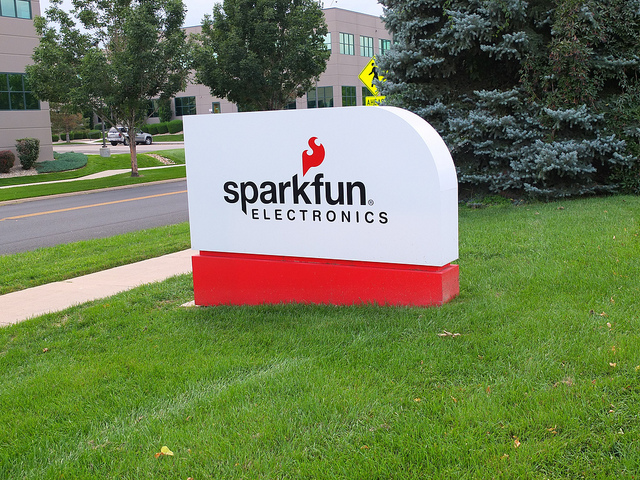 After two fantastic weeks hacking away at SparkFun Electronics, our time has come to an end. It was hard to say goodbye to the Mother of Hacker supplies, but our dog, plants, jobs and friends back in LA were feeling neglected.

When we first showed up at SparkFun and had the pleasure of meeting the Founder and CEO, Nathan Seidle, we told him about our project and that we planned on reaching our prototype goal in two weeks. He was surprised at the short time frame and wished us luck </ smirk>.  We are proud to report that we met the goals that we originally proposed and feel that we have the basis to go forward with additional prototyping.

We successfully hacked the quadcopter to be powered by a tether and thus allow it to fly indefinitely, not being restricted by battery life, and added a payload (improved optics) to a height of 20 feet. Win!

To be fair, we sped up the process by using off the shelf / ready to go platforms like the Parrot AR Drone and Dropcam. Had we started at scratch, it likely would have taken a lot longer to get going. 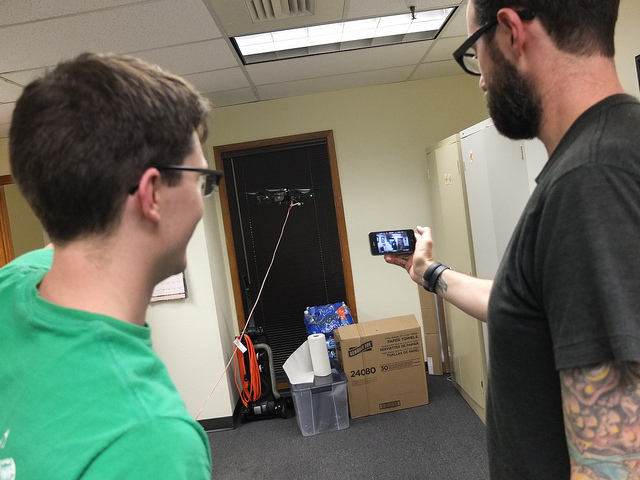 We wrote a tutorial for anyone that is interested in trying out and improving on what we did. That will be going up on SparkFun shortly and we’ll be linking to it here.

If we had to do it all again, we definitely would! But seriously, there are probably a couple of things we would have done differently. Going in with a better knowledge of amps and volts and all that other electrical know-how would have been helpful. Thankfully there were enough experts at SparkFun to fill that knowledge gap and it’s motivation to take a course like this one.

Pretty quickly we learned that the balloon/blimp option wasn’t an option at all – No where near enough lift provided by the crappy consumer grade helium we had access to (aka Balloon Time helium from Target), thus no realistic way to let other people try it at home and we really wanted people to be able to try whatever we did on their own and improve on our mistakes.

As we were prototyping we kept the Interwebz informed and a few nice people pitched in with some comments related to our experimenting with the power tether:

I think it would have been helpful to do a daily check-in on Google+ Hangouts where we could share real-time what we were doing and get feedback from the public on how to move things forward. Or maybe that is a terrible idea as it would have just confused us more and we would have been chasing ideas down rabbit holes. Come to think of it, the videos and tweets were probably sufficient.

So this was it, our final test to prove that we could in fact power a quadcopter and dropcam with a power cable, and then, someone had to go potty…

SparkFun was kind enough to allow us to bring the quadcopter back to LA with us so we can continue to hack away at it. We need to continue working on the power tether and figure out how to get enough power up 50 feet of wire. Thankfully there are some smart people at Crash Space and LA Makerspace and the likelihood of this happening is very high. Now that we know the quadcopter can handle the weight of a Dropcam, we want to add some sensors to it and see what kind of data we can collect over a significant period of time. After that we need to consider raising some funds so we can really take it to the next level and write some software to make the user experience seamless between the quadcopter and whatever sensors are onboard. Sound good? We think so too. Stay tuned!

We want to send a huge thank you to Lindsay, Shawn, Nathan, Alicia, Joel, Stephen, Brian, Jeff, all the dogs and everyone else at SparkFun that made our stay fantastic and thought our idea was at least sorta cool. 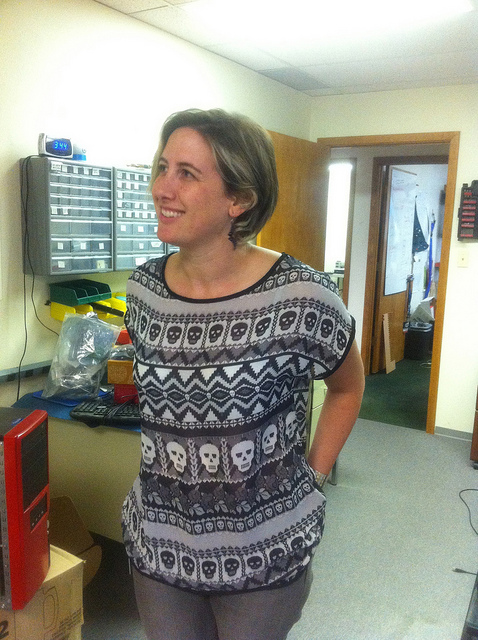 In 2010 Sean co-founded the first hackerspace in Los Angeles, Crash Space. Sean is co-founder and director of Safecast, a nonprofit environmental monitoring company. They have been prototyping a number of drones for Safecast that will carry radiation and air quality sensors to hard to reach locations.

Tara is co-founder and Chief Encouragement Officer at LA Makerspace, a family friendly hackerspace in Los Angeles, and co-created Represent.LA to connect and promote the Los Angeles tech startup community. Tara has been working with youth on DIY skill building and following their passionate interests through the LA Makerspace and MacArthur funded Digital Media Learning Research Hub. She is a Forbes Contributor where she writes about Women in Technology and other tech tidbits.